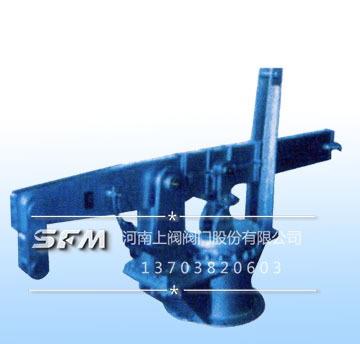 Theflue gas release valve has a hinged four-bar mechanism arranged on the valvebody support and equipped with a driving hydraulic cylinder and a pretighteningspring pressure device. The guide rod and the arranged spring and the upper andlower groups of spherical matching pairs are connected to the valve cover atthe front end of the rotating arm of the connecting rod mechanism. A sphericalhard sealing pair composed of surfacing cemented carbide and a soft sealingpair composed of a silicone rubber ring are arranged on the sealing stop of thevalve cover and the valve body. The utility model has the advantages of compactstructure, flexible operation of the mechanism, good neutrality and sealingbetween the valve cover and the valve body, small impact and friction force incontact with the sealing surface, and long service life of the valve.

Gas release valve is suitable for gas, air andother gas pipes in metallurgy, chemical industry, building materials and otherindustries. It can be used as cut off gas medium, and can also be used as gasdischarge and release valve. 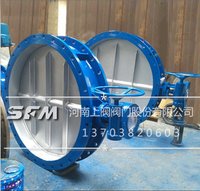 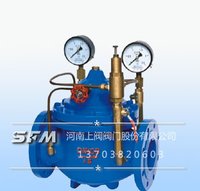 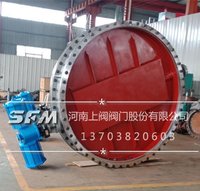 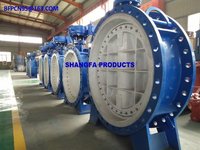